The Return of the Cybermen 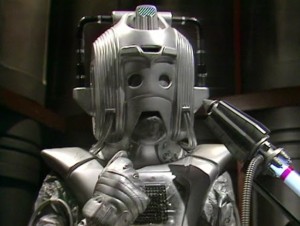 The return of the Cybermen – Exxxcellent.

When the Cybermen returned to Doctor Who in Earthshock after an eight-year absence, they were pitched with a beautiful clarity of thought. They had been the show’s second real instance of bottled lightning throughout the 60s, only eclipsed by the Daleks in terms of number of appearances and working in both stompy monster and philosophical terms.

Tony remembers the impact of the return of the Cybermen to 1980s Who. Excellent! 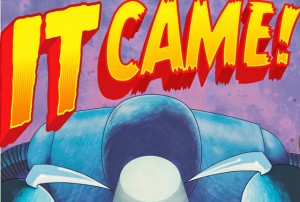 It Came! Enjoy it.

It Came! is madness. Pure, delicious, mickey-taking, loving, retro madness. If you’re a geek with a sense of humour, you’re going to love it. Go away and buy it now.

It Came! Tony laughed at it, really quite a lot.

Remembrance of the Daleks 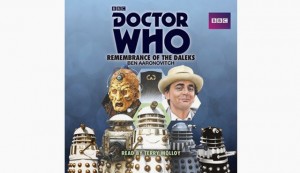 Remembrance of the Daleks – special on every level.

Ever wondered what a perfect storm of Doctor Who sounds like?

Tony checked out the recent audiobook of Target’s Remembrance of the Daleks novelisation.

That was pretty darned special.

The New Adventures of Bernice Summerfield 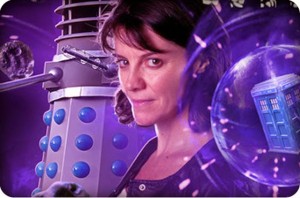 Bernice Summerfield – we meet at last…

Full disclosure before we start – I’m a total Benny noob.

Well, an almost-total Benny noob. In another sense, Benny and I have…history.

Tony got around to listening to the New Adventures of Bernice Summerfield, Volume 1 – and put some ghosts to bed. 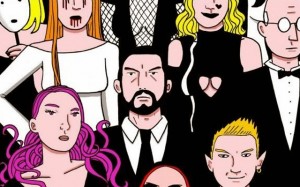 The O Men. Not the weird Sylvester McCoy version from the 80s.

The O Men collected volumes being promoted as part of Titan Comics’ #bestbritcomics season are a journey through the early career of writer-artist Martin Eden. Volume 1 is about as early as it gets – the ‘origin story’ of the O Men, but in a way that origin stories have seldom been done before.

Tony strapped in for a major O Men marathon. 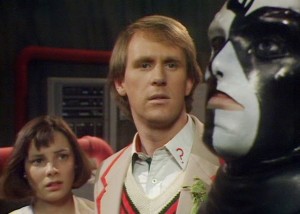 Death awaits the Doctor in The Caves of Androzani.

Every time the Doctor opens the doors of the Tardis, there’s the potential for wonder, for splendour, for excitement – or for death. The danger inherent in just being the Doctor, or being his companion, is rarely better exemplified than in the story which has regularly topped fan lists as the best story of the last fifty-one years, The Caves of Androzani.

Tony relived one of the best examples of Classic Doctor Who – The Caves of Androzani. 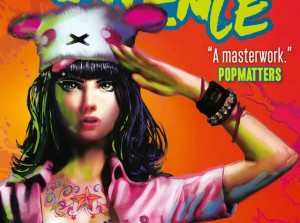 Death Sentence – one to check out.

There have been comic books as we know them since the 1940s and 50s. But every now and again, there’s a massive leap forward in the art-form: practically everything in 2000 AD; Frank Miller’s Dark Knight; Neil Gaiman’s Sandman; Alan Moore’s Watchmen and so on.

Based on the collected Volume 1 from Titan Comics, it’s entirely possible that Death Sentence should join the list.

Tony was issued a Death Sentence in the collected Titan Comics release.

Resurrection of the Daleks 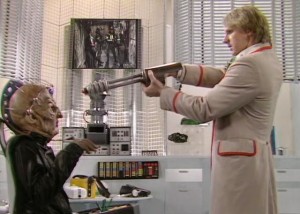 Resurrection of the Daleks. Will you get out alive?

Resurrection of the Daleks is bleak. Really bleak. It’s a story absolutely crammed with characters, and yet at the end only Davros, the Doctor and his companions, Commander Lytton and two mercenaries dressed as policemen survive. Some characters, in particular the soldiers from the warehouse, even suffer the indignity of dying twice.

Not so much a resurrection then as a flaring catastrophe. Flaring Catastrophe of the Daleks… Hmm, perhaps not.

Tony goes back to the bleakness that is Resurrection of the Daleks.

The Planet of Fire 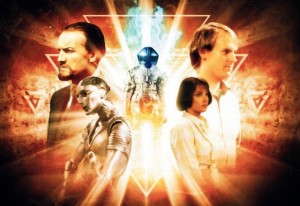 The Planet of Fire – a treatise on science versus religion?

Tony claims 80s Doctor Who can teach our world a lesson through The Planet of Fire. 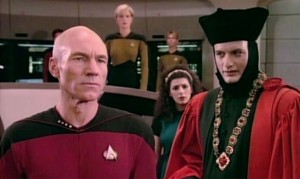 Encounter At Farpoint – a powerful beginning.

It’s about the most dangerous, most ballsy thing you can do in television. Put your whole format on trial – and in your first episodes, no less, to silence any would-be doubters and critics. If it goes horribly wrong, you’re dead in the water before you begin. If you make it work, you have a mandate to go boldly forward, having sold your proof of concept despite explicit, vocalised concerns.

Tony goes right back to the beginning of the Next Generation – Encounter At Farpoint.