Return of the Classics – The First Doctor 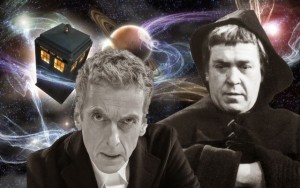 The Twelfth Doctor versus the Meddling Monk – you know you want to see that.

Part of the fun about being a fan of Classic Who and New Who is imagining what old enemies could be revamped, updated and brought back, and how they’d work in the New Who world. But now we’re ten years into New Who’s run, and most of the ‘first tier’ Classic era villains have been revamped. So what’s left? Tony Fyler makes the case for a handful of Hartnell’s finest to get another shot in the 21st century.

Tony got creative, inventing stories for villains from the First Doctor’s era that could succeed in the 21st century.