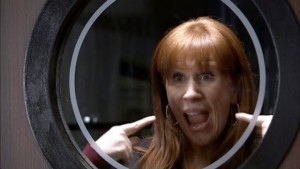 Donna Noble finds the Doctor again in Partners In Crime.

Whereas the opening scenes of Rose had shown the rut into which Rose Tyler had fallen, and the opening scenes of Smith and Jones had shown Martha’s role as universal organizer and peacemaker within her extended family, Partners In Crime opened as a mirror-image double act – Donna Noble, now smarter, more with it, and brimful of chutzpah, blagging her way into the Adipose Industries HQ, on the same day and in a similar way to the Doctor.

On the seventh anniversary of the launch of Donna Noble’s series of Doctor Who, Tony looked back at her re-introductory episode, Partners In Crime, to see exactly how the template was changed for this series, leaving behind much that had gone before. 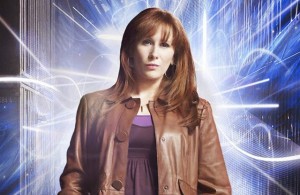 Donna Noble – the most important person in the universe.

It’s fair to say that since Doctor Who came back in 2005, companions of the Doctor have rarely come to an ideal end. Trapped in parallel dimensions, made to live forever, hardened into soldiers, left stranded in the past, retained as a memory in a library’s data core, turned into a Cyberman (if you’re of the view that Danny Pink was a companion). But if you ask most Whovians for the most tragic fate experienced by a modern companion, one name comes screaming to their lips:

Tony paid tribute to his personal favourite of the New Who companions – the one, the only Donna Noble.

The Darkness of Glass 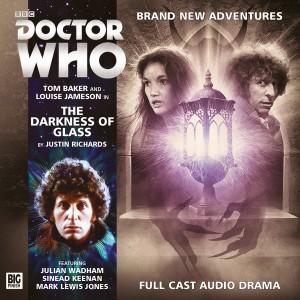 The Darknes of Glass – creepy stuff.

Given the launch of the fourth season of Fourth Doctor adventures at Big Finish with The Exxilons, a story which promised much but delivered sadly slightly less, you might be rather reticent about splashing out on the second story in the season, The Darkness of Glass.

Reticence on this occasion is entirely unwarranted – go, buy it now, it’s a spectacular return to form.

Tony examined The Darkness of Glass. It was very dark indeed.

In Conversation With Cavan Scott 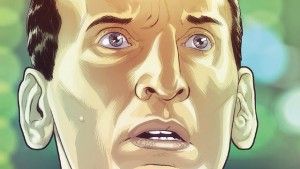 The Ninth Doctor – now in comic-books, thanks to Cavan Scott, Blair Shedd and Titan Comics.

To celebrate the release of the Ninth Doctor’s first outing in Titan Comics, Tony chatted with Cavan Scott, the author – about the challenges the Ninth Doctor brings, and about how to get your work out into the world these days.