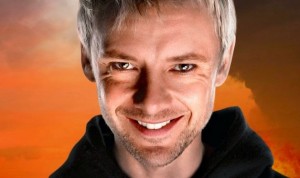 A Master for a whole new generation. John Simm.

Having a fascination for the UK TV show Doctor Who, Tony Fyler joined the bank of contributors to successful multi-fandom website, www.warpedfactor.com. his first piece for the site, an appreciation of the John Simm Master, was very well received – including by the John Simm Society, who retweeted the piece and gained it an additional thousand readers in the space of an hour.

Read the article at WarpedFactor.

There are two types of Master: there’s the natural Master, who comes by his body by the normal process of regeneration, and the unnatural Master, either disembodied or forced to steal an existence in order to survive. The first tends to play the role for character, the second, mostly for plot.
There’s also a loose correlation between the ‘type’ of Master and the success with which he has been historically played, and also with his ‘fit’ to a particular Doctor.
Roger Delgado, despite being in real life a very pleasant and amiable man, could have been born to play the dead-eyed gentleman psychopath of the universe, and he rarely, if ever, looked forced on-screen. He was chosen specifically to be the Anti-Pertwee.
The two ‘crispy critter’ Masters – Peter Pratt and Geoffrey Beevers – were not chosen specifically to play the Anti-Baker, and such was their emaciation they were forced to play the role largely on plot, to find their way back to a body. Anthony Ainley’s Master was not Doctor-specific either, and having stolen his body, he was forced from the beginning to be a Masteralike of Delgado’s version; it was more important that he looked like what had come before than it was to let him be his own villain. While little is ever heard from the CGI-snake Master, Eric Roberts (bless him, what did he think he was doing up there?) played the Master, again having stolen a body in his outing, purely driven by the plot to get more bodies, rather than as any kind of appropriate Anti-McGann.
When the series became a hit again in 2005, it was more or less certain that the Doctor would face off with his ultimate adversary again. But which Master would it be? Another re-tread of the Delgado Imprimatur, all beard and convoluted plans and gloating? Or someone new and naturalistic, someone that would be genuinely fearsome and scary and funny and dark and aimed squarely at providing the antithesis of whichever Doctor he encountered? 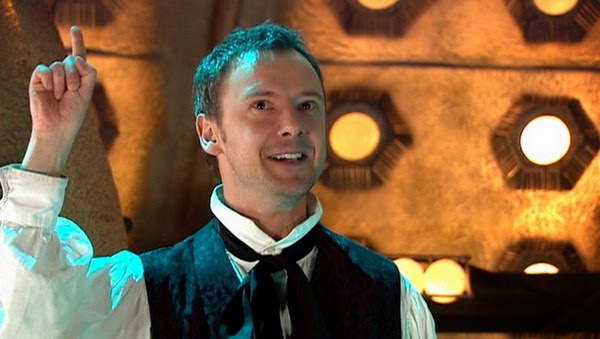 John Simm blew the doors off the part within the first five minutes.
Having had just about that long of Sir Derek Jacobi delivering the Anti-Hartnell, the Simm Master exploded on screen and began immediately matching David Tennant’s Doctor, trait for trait. There was the post-regenerative chattiness, there was the techno-skill, flying the Tardis with gusto, there was the glint of mad humour and the smile. And there – right there at the end of Utopia – was something new and modern. When the Doctor says “I’m sorry”, Simm’s spitting of “Tough!” is visceral and dangerous, it’s a boot to the Doctor’s face, and a note of the savagery behind Delgado’s suavity, Ainley’s chuckle and Roberts’s…whatever-that-was. 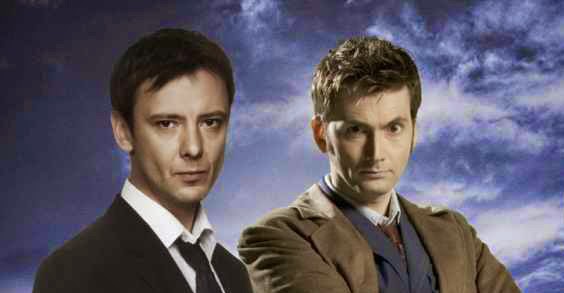 Simm went on to imitate Delgado not in any of the trappings of his Master (though the red-lined jacket was a nice touch), but in the fundamental philosophy of what a ‘natural’ Master was. This time, he was absolutely the Anti-Tennant, and the terrifying thing about the script of The Sound of Drums and The Last of the Time Lords is that it’s the ultimate version of the Pertwee scripts – disguise, hypnosis, cunning plans and world domination – but given a brave new twist. Simm’s is the Master who won. This is a devastating proposition, because the Master is no ordinary villain – he’s the philosophical opposite of everything the Doctor stands for, embodied in an equal, who can argue his corner and make the viewer question the Doctor’s position. It’s the combination of the scale of what the Master does to the Earth once he’s won it – “the only person to get out of Japan alive…”, and the unbridled glee with which Simm delivers his ‘stark raving bonkers’ Master, complete with dancing, disco and decimation, that make his Master something fresh and vibrant in those two episodes. 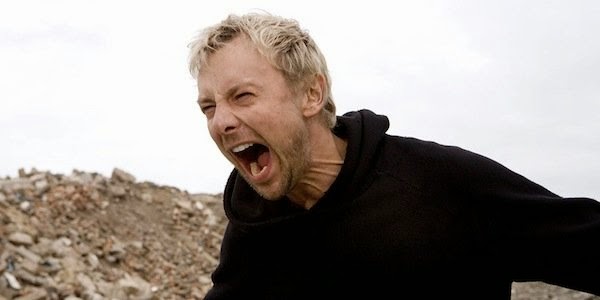 And then of course, the production team, having well and truly had its cake with a fantastic, energised Anti-Tennant Master, decided to eat it too, and gave us Simm as the body-snatching Master, the ‘other’ Master. And like disembodied Masters before him, Simm had no option but to play the character subsumed by plot, this time knowing his body was ‘born to die’ but multiplying almost endlessly and aiming to stop the drumming in his head. The End of Time is a busy script, but Simm manages to deliver the furious need of a disembodied Master more effectively in the burger-chomping scene than either Pratt or Beevers were allowed, because he keeps (largely) his own face and delivers the performance through his own interpretation of the Master as a creature propped up and kept sane by nothing more than ravenous consumption. Again, the Master is victorious in this story, though it feels (like the character himself) more hollow and reversible this time, and when events spin out of his control, the Master falls back on another old trope – the idea of joining forces with the Doctor to confront the greater threat. What is unique in the Master’s long on-screen history though is what Simm does in his final moments – he makes us sympathise with the Master, driven mad by ‘grown-ups’ who abused his mind if not his body; he is the child who never stood a chance, and grew up determined to be noticed. Simm’s exit might be a cliché, but it’s arguably the best and most worthwhile cliché in fifty years of Doctor Who.